The Return of the King

by  Sam Mulvey
Posted on September 19, 2019
No Comments
Categories: Site News
Tags: but with love!, calling out, missing episode

A comment from Silentbob on the the ep 37.4 page pointed out that the actual episode was returning a 404.  Like a good troubleshooter, I check to see if I could recreate the problem.

Yikes!  The episode went missing!  That warrants some kind of investigation.   It marks the first time an episode has actually disappeared– rather than overwritten, which used to happen before I implemented DropPod.   It could be a sign of a very strange intrusion.

So I took a look at the Staty McPodface logs on my webserver.

Welp, Ask an Atheist generally posts on Sunday between 3:00 and 5:00 PM.   Which suggests a correlation with posting episode 37.5.   I wonder what time that episode was posted? 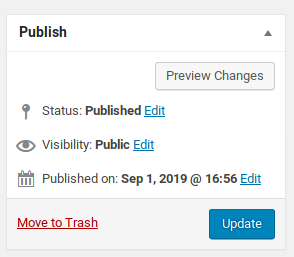 Did I produce that episode?   Nope.   I was elsewhere.

Members of the jury of podcasting, I present to you: my scary hacker.

All and all, I don’t think I’m going to take steps to remove the method of intrusion when the attacker is the more professional of your main hosts.   And you’re sort of married to them.