34.4: Are they Cosplaying?
Sam, Becky, and Luke broadcast LIVE, just after returning from a Patriot Prayer rally in downtown Tacoma. They delve into WA State legislator Matt Shea’s “Biblical War” manifesto, and his scary brand of evangelism and separatist [...]
MP3
844-SKEPTIC
You can't use the built in player: download the episode.

Sam, Becky, and Luke broadcast LIVE, just after returning from a Patriot Prayer rally in downtown Tacoma. They delve into WA State legislator Matt Shea’s “Biblical War” manifesto, and his scary brand of evangelism and separatist “liberty.” Irish blasphemy, Pence, and Messianic Jews get mentioned too.

Anhedonia. I’m not feeling much of anything. How does depression affect you? -Jonathan from Utah

Here are pictures from the rally from this afternoon. 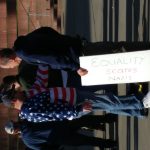 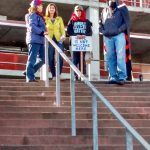 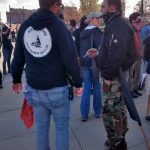 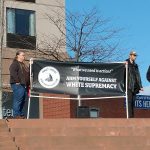 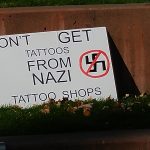 Did you know that the tattoo shop at 1100 block of E 72nd St is run by Hammerskins? 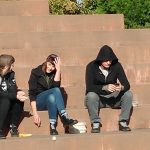 Folks idly hanging out at the protest/counterprotest 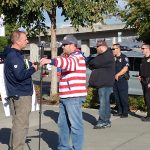 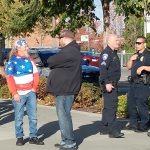 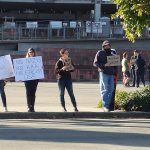 Counter protestors got lots of beeps and waves from passing motorists

Do contact us at via the red button at the top of the page if you have questions.

Back on November 11, 2012, I had the pleasure of doing an interview on your show from Nebraska (Episode 10.7, Winning: The Elections and Islam, November 11, 2012). At the time, I had just been appointed to my village board in Broadwater (population 128) to fill out the remainder of the term of a long-serving board member who died. I was reëlected in 2014 by a margin of four votes over the town gun shop owner, who’d previously served on the village board. I am standing for election again November 6; I am currently in the position of chairman pro-tempore… Read more »

That’s a very strange Jew, quoting from the new testament. Still, I found the ending funny, in the way he asked the audience to confirm his Amen.

They were most likely the bad type of skin heads.

“White laces: Bootlace color identifying a skinhead as being “white power,” as opposed to a non-racist (“traditional”) or anti-racist skin.”