38.2: The Summoning
Sam has officially returned!  He, Josh, and Becky interview Camp Quest’s executive director Kim Newton and hear from camp leaders nation wide during the 2019 Camp Quest National Leadership Summit. News Gallup Polls find that rate of [...]
MP3
844-SKEPTIC
You can't use the built in player: download the episode.

I’m an atheist who wants R&D done to determine the most effective [strategies against those] that only backfire to reinforce a Christian’s faith. The ridiculous deserve the best or most effective [arguments] we have to offer, and without R&D, we have NO idea what that is. -Lucy from The Internet 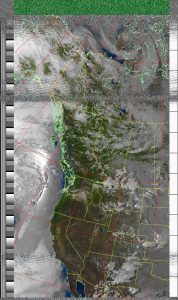 Here is a weather satellite image I captured at CQNW this year! -Sam